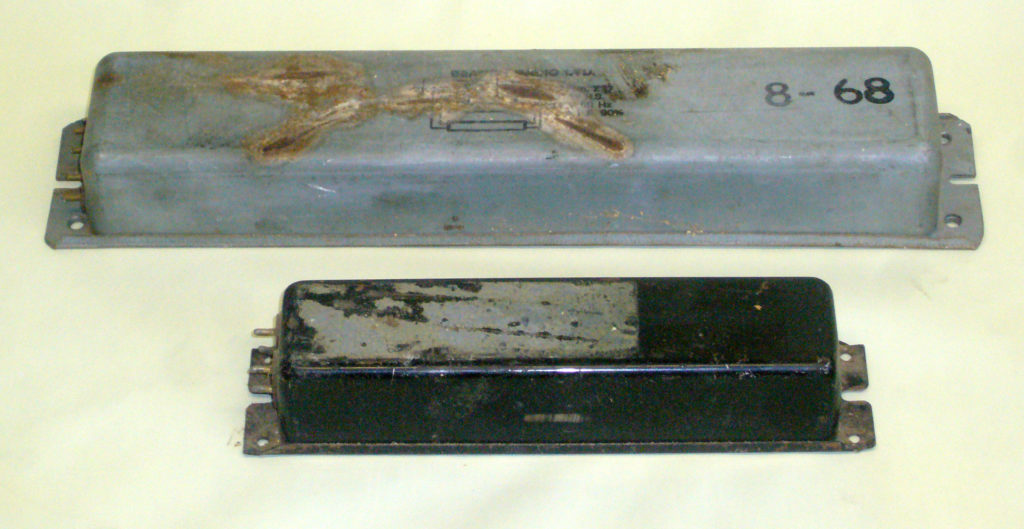 These two fluorescent lamp ballasts that are likely to contain PCBs. The upper one has a stamped manufacturers name of Beacon Radio, formerly a New Zealand manufacturer.
Image: Ecotech Services (2016)

Polychlorinated biphenyls (PCBs) are a chemical that was used in various products. It was used in some electrical items, notably transformers for electricity distribution and ballasts in fluorescent lamps.

Due to its ecotoxicity, including being a persistent organic pollutant, it is important that all PCBs are collected and then neutralised.  These processes are strictly regulated in New Zealand under the Hazardous Substances and New Organisms (Stockholm Convention) Amendment Act 2003.

Free disposal was made available with a government funded scheme but it ended in August 2016.  Stakeholder consultation on the future of PCBs was carried out in 2016.  As a result the Hazardous Substances (Storage and Disposal of Persistent Organic Pollutants) Amendment Notice 2016 was issued and a Safe Management of PCB’s: Code of Practice will be released.

Note that the abbreviation of PCB can also refer to printed circuit board, the commonly used method of constructing electronic assemblies.