There are good reasons to recycle electronic waste (also known as e-waste or WEEE).  Recycling e-waste can reduce greenhouse gas emissions, it can reduce the reliance on conflict minerals, and it can help local economies.

Reducing consumption, repairing, refurbishing, and repurposing are all better alternatives to recycling.

E-waste could be defined as any discarded item that is able to conduct electricity that is not recycled or reused.  Major e-waste items are computers and other types of IT equipment, televisions, mobile phones, appliances, and batteries.

New Zealand
There is no mandatory recycling of e-waste in New Zealand but some e-waste is recycled through commercial and non-profit organisations as well as by private individuals.

An e-waste recycling standard has been produced for Australia and New Zealand (AS/NZS 5377) and the Ministry for the Environment have developed a series of check lists for e-waste recyclers.

Because of the low total population and low population density New Zealand lacks the financial advantage afforded by economics of scale enjoyed by larger countries.  On the other hand the vast majority of the population is serviced by an extensive transportation infrastructure thus reducing one of the recycling costs.

E-waste has in recent years begun to be dumped on roadsides.  With the switch from analogue to digital television broadcasting and with the end of Government subsidised recycling CRT televisions have become a common item of roadside e-waste.  The market rate for CRT television recycling (as of 2016) is NZ$25 per unit.  For the majority this cost is a disincentive to have them recycled.

China, and in the past decade, India and Africa have become a dumping ground for e-waste form the “developed countries”.  E-waste is being recycling in these countries using very poor practices resulting in high levels of pollution being generated.  In recent year China and India have begun to address the e-waste dumping issue. 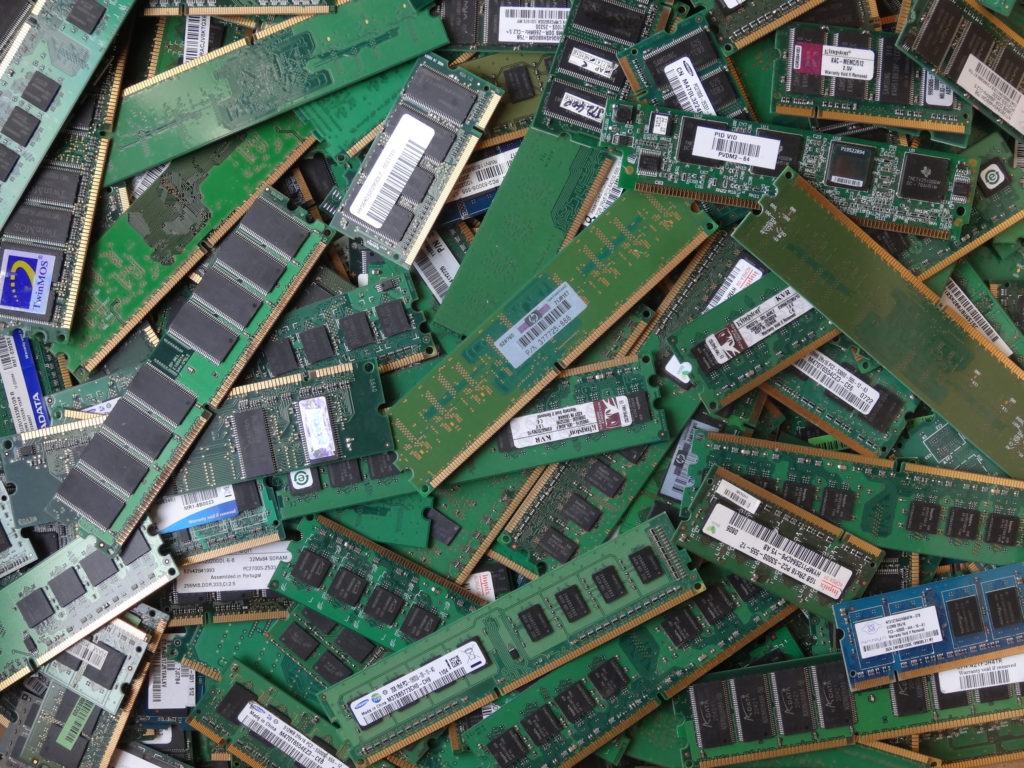 These are older RAM modules from desktop computers and laptops. They are no longer useful since they are older types of a low memory size. They will be scrapped. Note the gold on the edge connectors.
Image: Ecotech Services 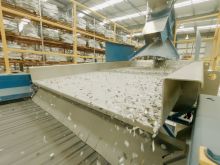 Recycling unwanted electronics now cheaper in Horowhenua | Stuff8 November 2021 A subsidy has been put in place to encourage people to properly dispose of electronic waste.

Kiwis turning E-waste to gold, but not in New Zealand | RNZ1 September 2020
The New Zealand based start-up Mint Innovation, is on track to open its first commercial refineries for extracting precious metals from e-waste in Britain and Australia later this year, which will also be the world’s first to use gold ‘eating’ microbes rather than the cyanide.