This is a little off topic but as an electronics tech who is keen on conserving the many endangered species I occasionally ponder the use of electronics technology to do the job of controlling predator numbers.  Here in New Zealand there are a number of really bad mammalian predators, the stoat being one of the worst but rats, mice, feral cats, and possums add to the problem.

The use in New Zealand of the mammalian pesticide 1080 (sodium fluoroacetate) is really contentious and the media have recently been banging on about the by-kill of the kea, a unique, endemic, clownish, intelligent alpine parrot.  It is a valid concern but the pest problem is really bad and 1080 is the most cost effective option. 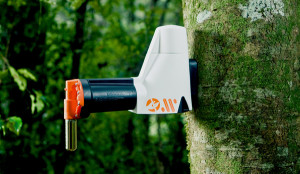 A goodnature trap mounted in position on a tree.
(Photo copyright by goodnature)

One of the newer mechanical technology methods of trapping stoats and possums is a pneumatically operated skull crusher developed by goodnature.

It looks like a really good idea and because it only needs to be checked once a month it is a more cost effective way of controlling pests.

I want to go a step further and have a completely automatic trap for all pest species that never needs to be maintained.  A big ask you may say. Well I say that if we have flown to the Moon, to Mars, and sent space probes to beyond our Solar system (and I say that we have to all of you Moon landing conspiracy theorists) surely we can trap a few animals in the bush.

So how would it work?  Since facial recognition software is now old hat it will be easy to develop species recognition software.  So all we need to do is to mount a camera in a trap and when the target pest is recognised some method of killing it is activated (perhaps mechanical but I like the idea of electric shock).  A trapdoor is then opened and drops the now dead pest on the forest floor.  The trap will then reset itself for the next baddie.

The trap could be powered by a solar panel, although this will not be very effective under the shady bush canopy.  Maybe the weight of the pest as it falls out of the trap could be used to drive a small generator?  Hmm, maybe not.  Could be prone to mechanical failure.  Modern electronics can be made to run on the smell of an oily rag so powering the trap may not be too much of an issue.

One problem is that the trap could be stolen by some nasty individual that thinks it might be worth a bit of money.  There was a case last year some time where a very expensive and specialised wildlife monitoring camera was stolen from a remote part of a protected area here in Christchurch city.  As well as being a financial cost it set the scientific work back a bit.

I like delving into the realm of “conservation technology science fiction” and I have been dreaming up a few scenarios.  We could employ a fleet of airborne drones with image sensing for pests and lasers deployed to zap them.  Hmm, that sounds quite feasible to me.  How about an army of nanobots that swarm over the land to seek out pests and then somehow kill them?  And then dismember them into individual molecules rather than having the carcase left behind to disrupt the ecological balance. 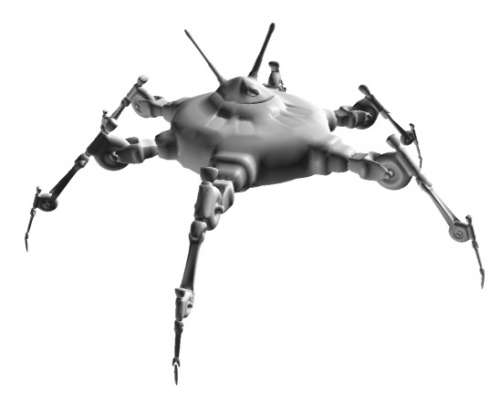 They are coming….!
Image from The Lens Flare.