This photo shows what a power surge can do. The fuse in this microwave oven absorbed so much energy that the end cap of it completely vapourised and shunted it along the fuse holder. 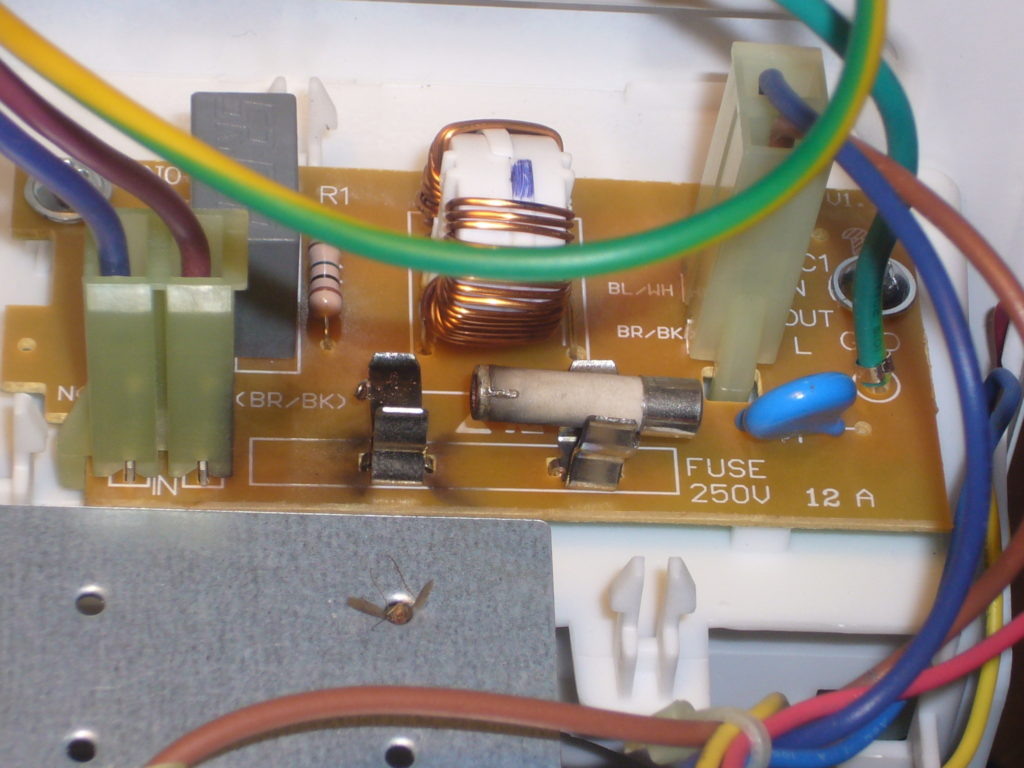 Bang!
(check out the hardware bug)

It looks like the power surge was between live and earth because the capacitor (next to the fuse in the photo) had a very small eruption visible on its body.  It measured as 4nF and it is supposed to be 4.7nF.  The corresponding capacitor on the neutral side of the filter measured correctly as 4.7nF.  They are an X1/Y2 rated capacitor (as what would be expected) and it looks like it took the surge pretty well.

Alan Liefting is the founder, a shareholder, and the Managing Director of Ecotech Services. The views expressed here are his own and do not necessarily represent those of Ecotech Services Ltd.
View all posts by Alan Liefting →
This entry was posted in Uncategorized and tagged electronics, microwaves, repair. Bookmark the permalink.