I had a Canon PIXMA MG2960 ink jet printer/scanner come in for recycling.  I can’t find any date code on it without stripping it down but it looked brand spanking new. 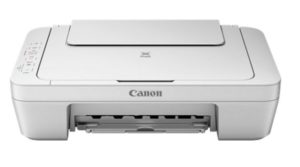 Apparently the paper was not feeding.  I was going to see if it was fixable but it had no ink cartridges.  I then jumped online and checked it out.  It sells for a mere $32.99!  And it is still a current model!  I did know that these low end inkjet printers are cheap but I just can’t get used to the idea of these low prices.  These printers sell for less than the minimum service fee that most repair companies charge out.

This is nothing new of course.  Back in the early 2000s I worked for a company that did a lot of printer repairs, including low end inkjets.  The minimum service fee was $33.75.  It got to the stage that we had to charge that fee up front because we were left with too many cheap inkjet printers that the customers did not want to have repaired.  So not only was the company out of pocket for the time taken to do the diagnostics for a quote but there was also the disposal cost of the unwanted printer.

It is easy to see why the amount of e-waste is rising and the repair industry is in decline. We really are in a throwaway society.

Alan Liefting is the founder, a shareholder, and the Managing Director of Ecotech Services. The views expressed here are his own and do not necessarily represent those of Ecotech Services Ltd.
View all posts by Alan Liefting →
This entry was posted in Uncategorized and tagged Canon, e-waste, recycling, repair. Bookmark the permalink.